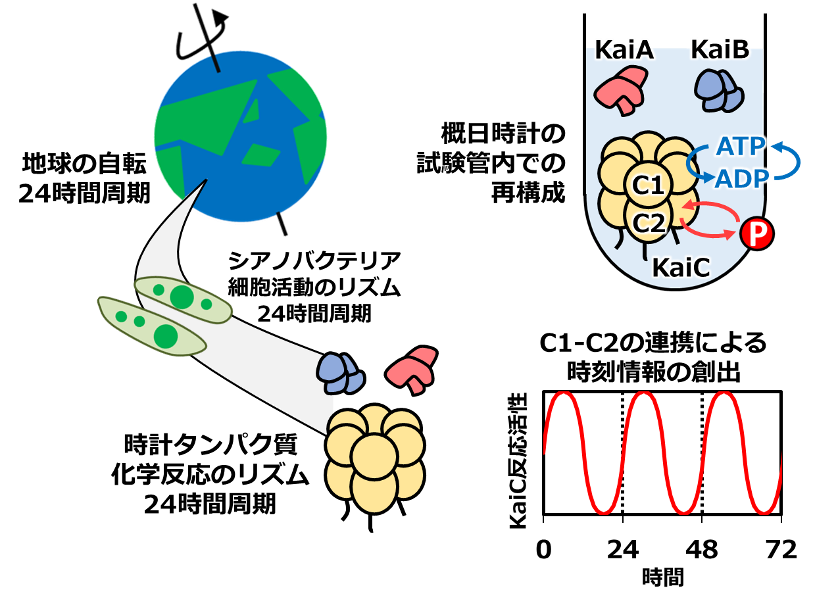 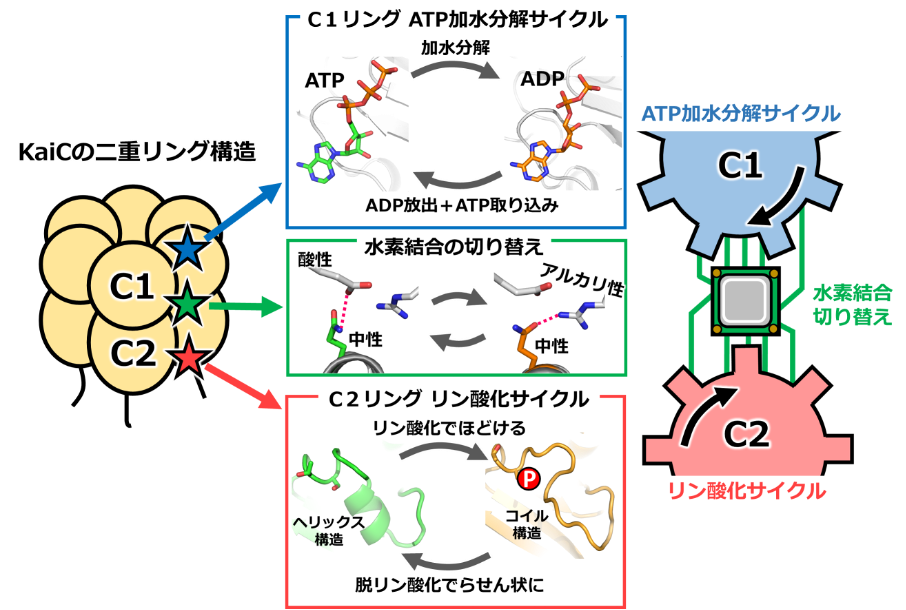 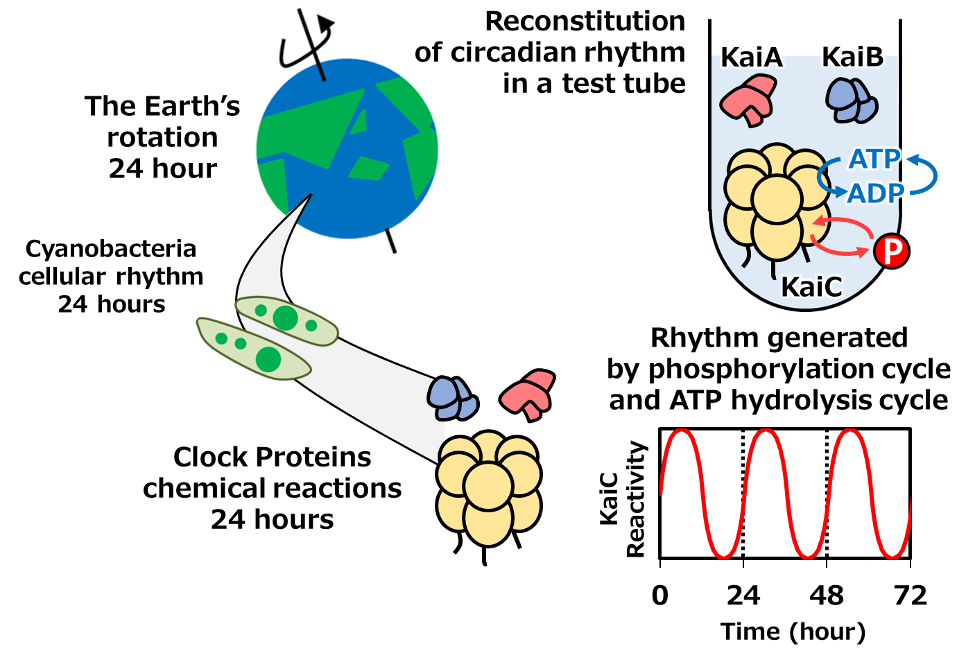 
The team studied the atomic structures of the KaiC clock protein, by screening thousands of crystallization conditions. This detailed study of the atomic structures allowed them to cover the overall phosphorylation cycle, that process where a phosphate is transferred to the protein (Figure 2, lower panel). Phosphorylation cooperates with another reaction cycle, ATP hydrolysis, which is the energy consuming events determining the clock speed (Figure 2, upper panel). The phosphorylation-ATP hydrolysis system works like a regulator for the cell activity. To help them understand the basis for the allostery, they crystallized the KaiC protein in eight distinct states, allowing them to observe the cooperativity between the phosphorylation cycle and the ATP hydrolysis cycle working like two gears (Figure 2). 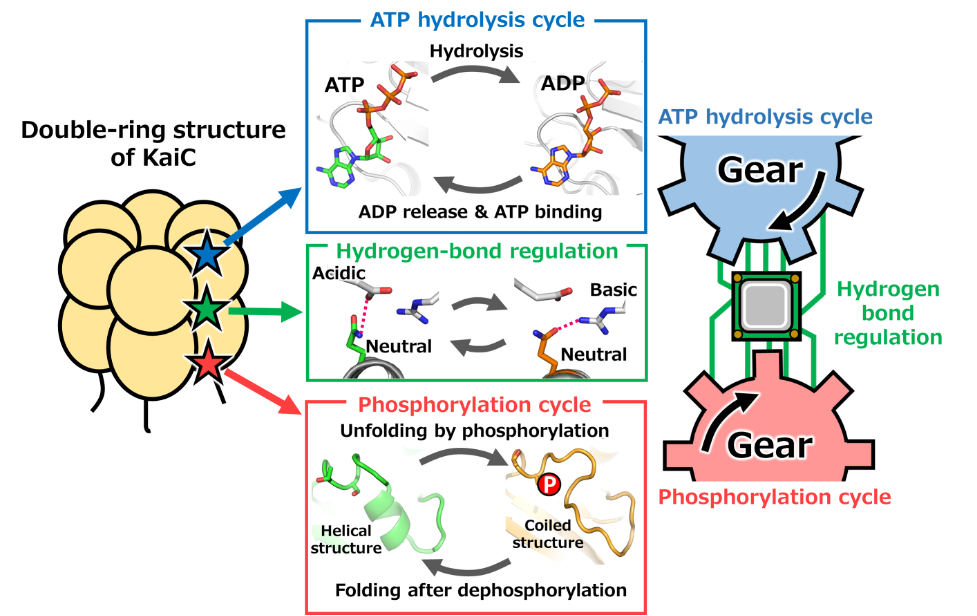 
The phosphorylation cycle and the ATP hydrolysis cycle occur in the double-ring structure of KaiC. The two cycles are mediated by hydrogen bonds among acidic, basic, and neutral components.


By studying the KaiC in the eight distinct states, the team was able to observe a coupling that occurs in the phosphorus cycle and the ATPase hydrolysis cycle. This coupling of the two gears drives the cyanobacterial circadian clock.


“Because proteins are composed of a vast number of atoms, it is not easy to understand the mechanisms of their complicated but ordered functions. We need to trace the structural changes of proteins patiently,” said Yoshihiko Furuike, assistant professor at the Institute for Molecular Science, National Institutes of Natural Sciences.

The KaiC protein rhythmically activates and inactivates the reaction cycles autonomously to regulate assembly states of other clock-related proteins. So thinking about their next steps, the team might use structural biology to reveal the atomic mechanisms of acceleration and deceleration of the gear rotations. “Our goal is to see all cyanobacterial clock proteins during the oscillation at an atomic level and to describe the moment that the ordered rhythm arises from chaotic atomic dynamics,” Furuike said.


Their work can serve as a research tool, helping scientists to better understand the mechanisms at work in the circadian clock cycle. Looking ahead, the research team can see their findings having wider applications. Mammals, insects, plants, and bacteria all have their own clock proteins with distinct sequences and structures. “However, the logic behind the relationship between KaiC dynamics and clock functions can be applied to other studies on various organisms,” Furuike said. 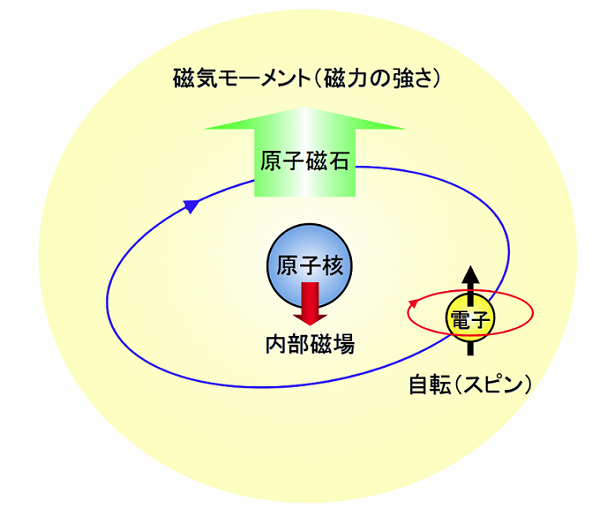 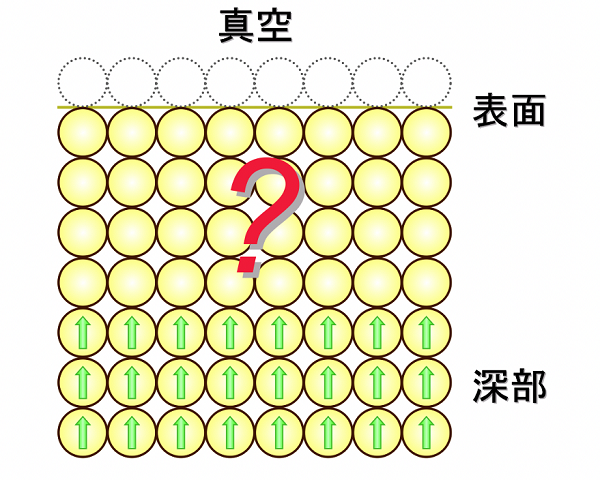 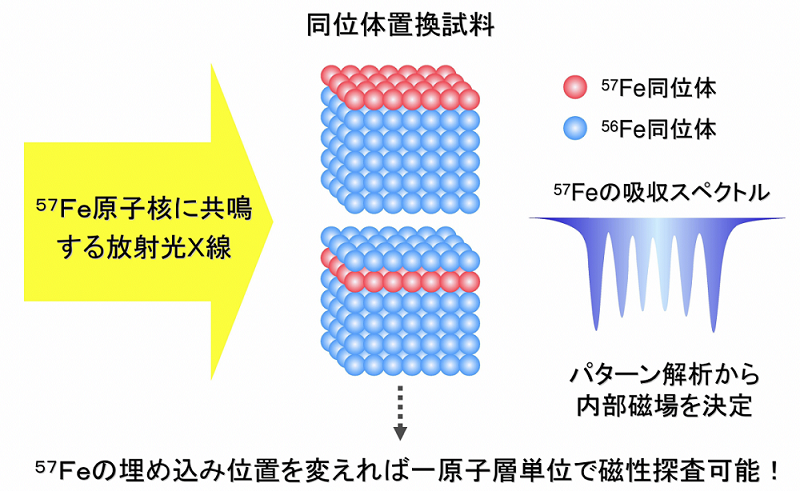 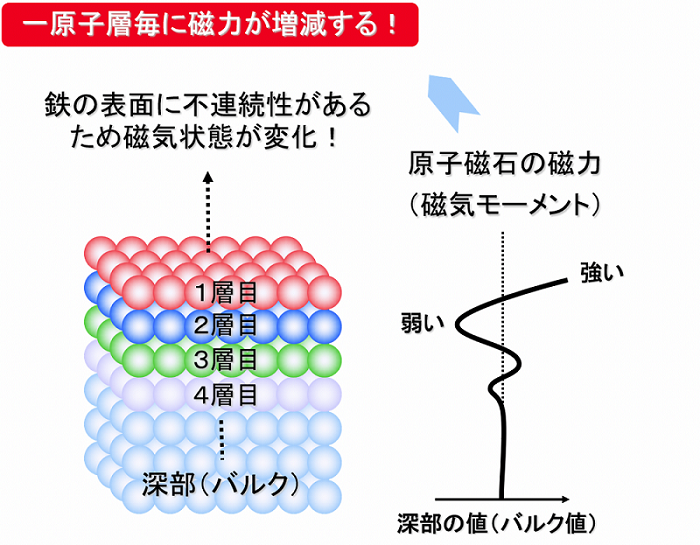