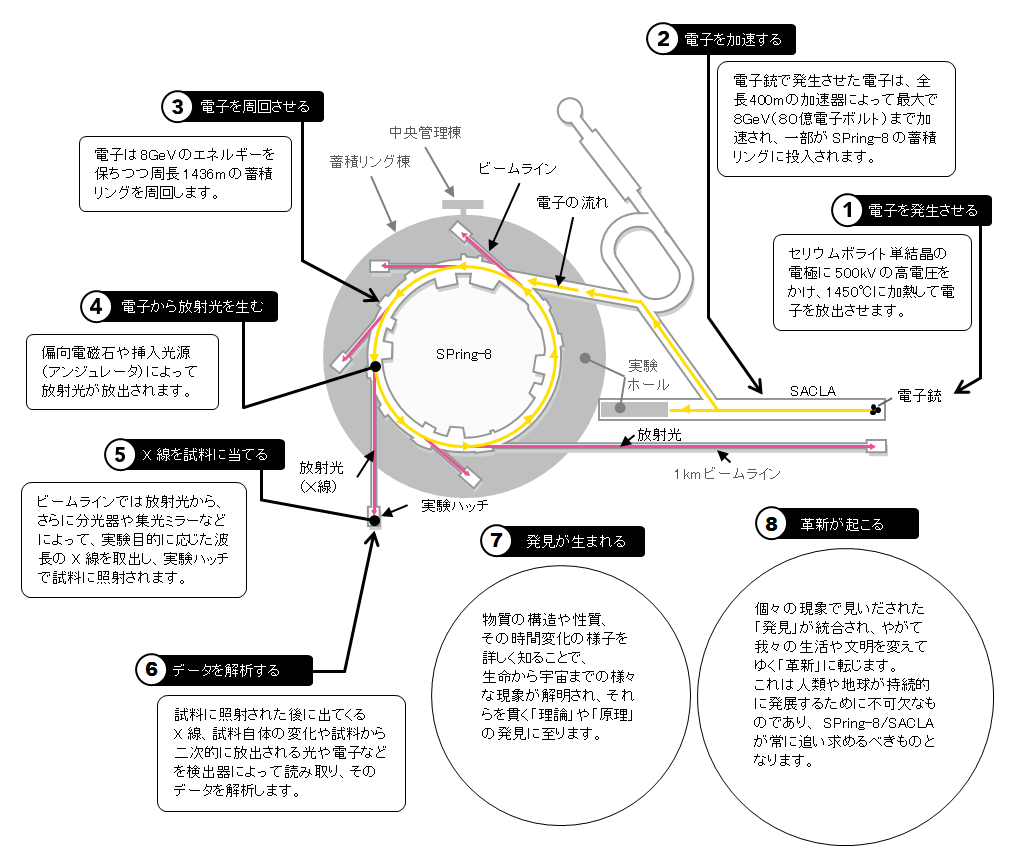 SPring-8, located at The Harima Science Garden City in Hyogo, produces the world’s highest performance synchrotron radiation at its large synchrotron radiation facility. SPring-8 uses synchrotron radiation for nanotechnology, biotechnology, and even industrial use through its wide range of research. The name SPring-8 derives from the “Super Photon Ring-8 GeV” (8 billion electron volts).
SPring-8 is a joint-operated facility open to researchers from industry, science and government within Japan as well as overseas. Since 1997, synchrotron radiation has been provided to universities, public research institutes and companies. Any user whose application is accepted may use the facility.
SPring-8 is operated by RIKEN, with it’s user selection and user support (user promotion) managed by The Japan Synchrotron Radiation Research Institute (JASRI).

Synchrotron radiation is emitted from electrons when their direction of motion is influenced to bend by magnetic fields (magnets). The synchrotron radiation created by SPring-8 uses high electron energy and contains X-rays with shorter wavelengths, resulting in stronger transmission. Due to the narrow focused, high brightness beam, it is possible to illuminate areas smaller than the micro level.

Mechanisms of Synchrotron Radiation with SPring-8

SPring-8 consists of an electron gun to generate electrons, an accelerator to accelerate electrons, and a storage ring to store the electrons for the electron beams.
The sequence of operations include: The electrons launched from the SACLA electron gun ① are then accelerated to 8GeV (8 Billion electron volts) by the accelerator ②, they are then sent to the storage ring ③ which has an outer circumference of approximately 1500m, to circulate, then bending magnets and insertion devices ④ deflect the electrons, generating synchrotron radiation.
The generated synchrotron radiation (X-Rays) are guided through the beamline to the experiment hutch ⑤, which is provided inside and outside the storage ring, and used for various experiments. 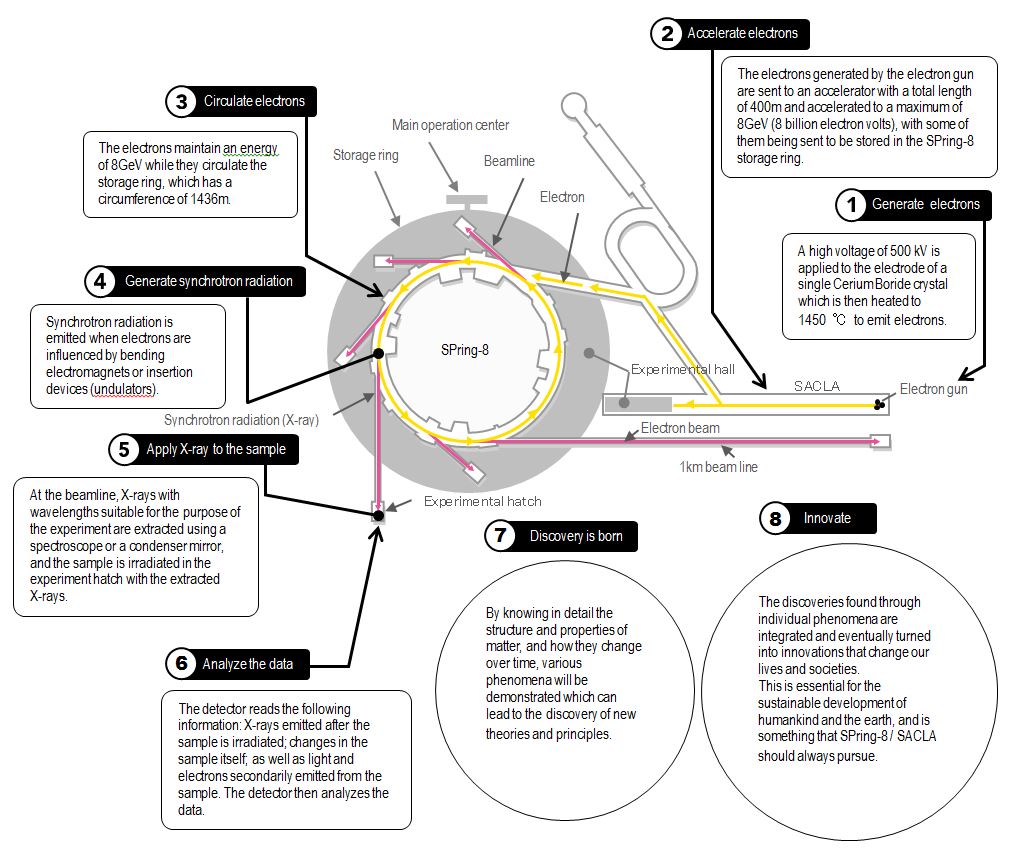 What is a Beamline?

The Future of SPring-8